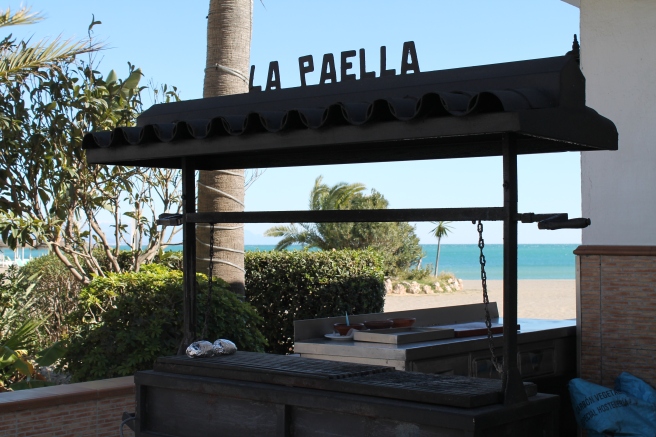 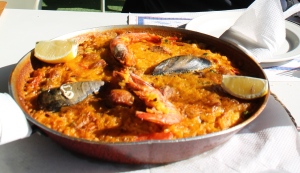 Served in the pan in which is has simmered until the golden, safron-flavored rice is perfectly cooked. Seaside optional. 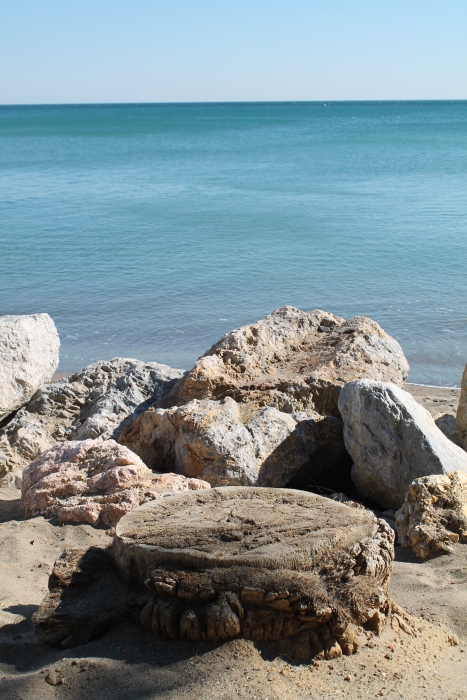 I typically end my walks by sitting on this tree stump and meditating, tuning into the sound of the sea.  Like my thoughts, some days the sea is wild and turbulent, other days calm and peaceful.  When I open my eyes and look out onto this beautiful vista, I say “thank you.” 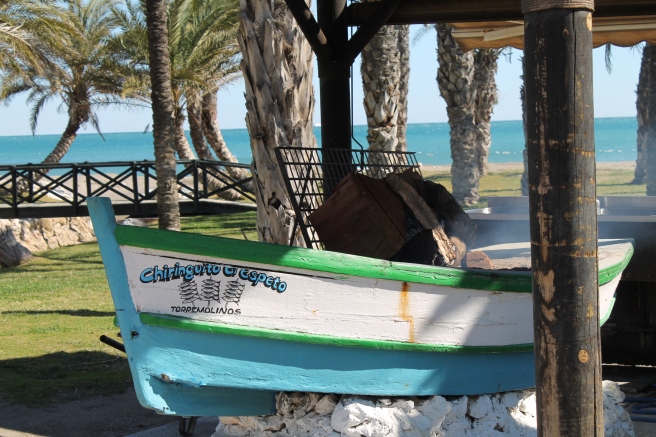 Lining the Paseo Maritimo are chiringuitos, seaside bars and restaurants.  Many of them have barges filled with sand in which they burn wood to grill salted sardines which are typical of this area.  One of the added pleasures of my walks by the seaside is the deeply comforting smell of a wood fire combined with the tantalizing aroma of delicious foods being prepared for lunch goers. 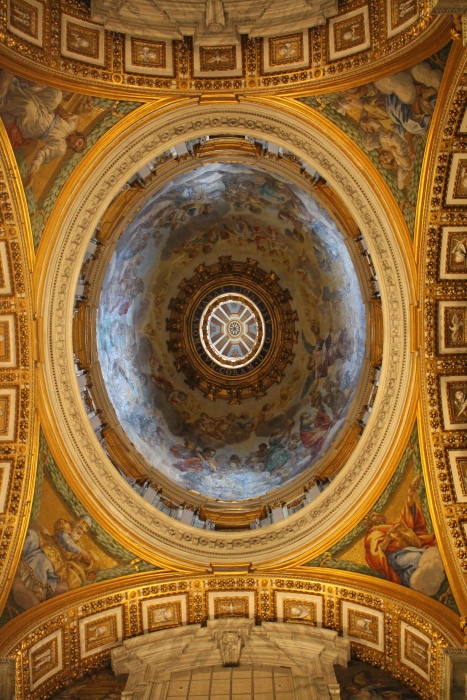 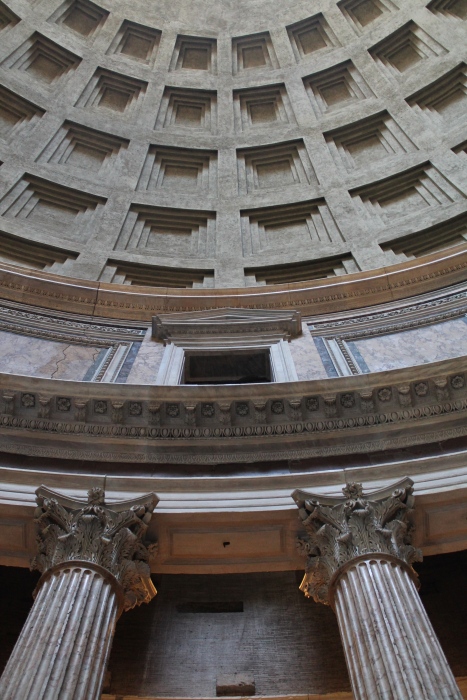 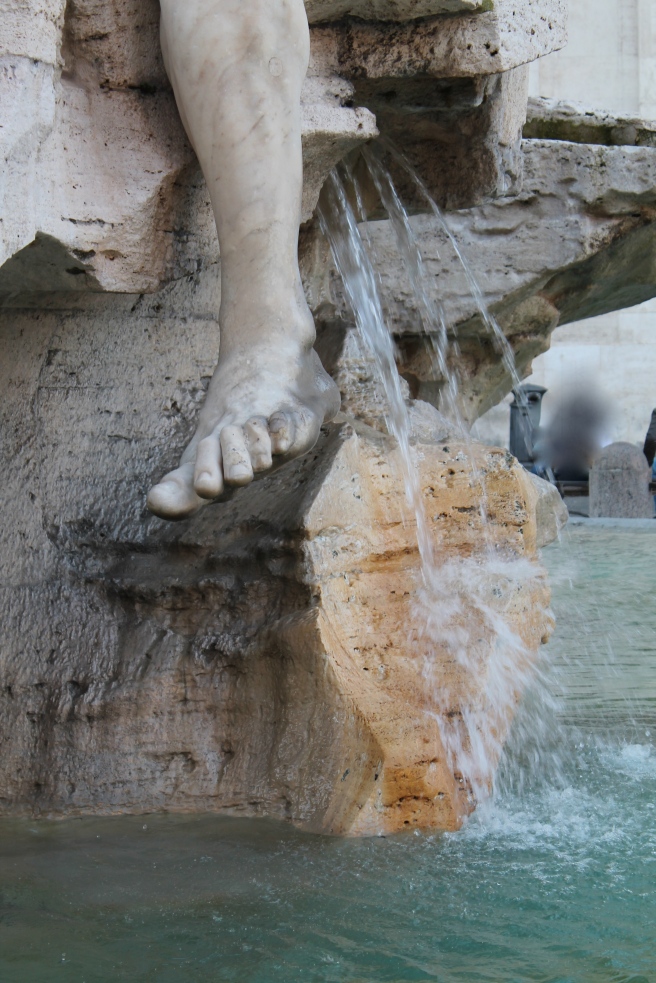 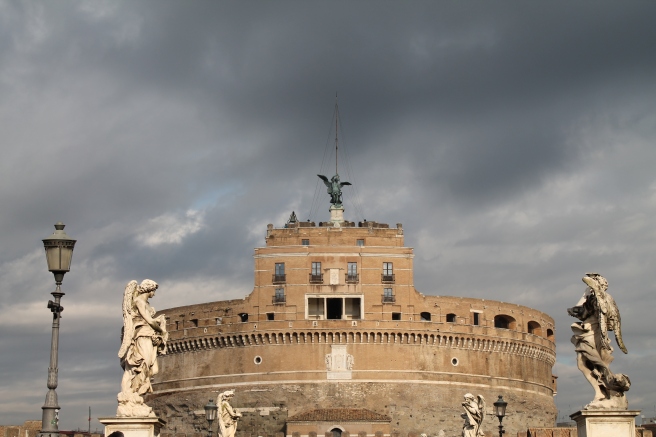 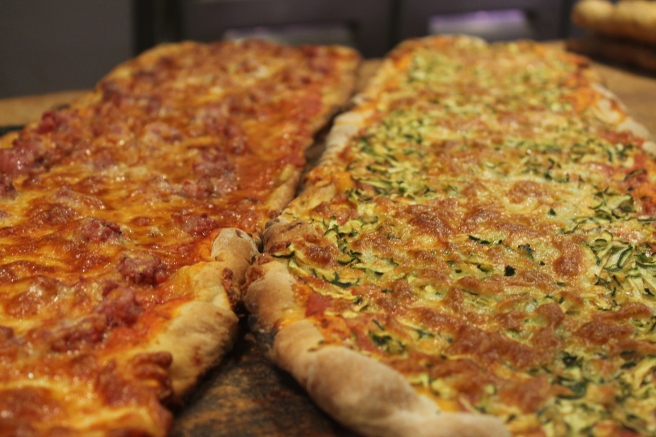 Gladiators checking their cell phones in front of the Parthenon 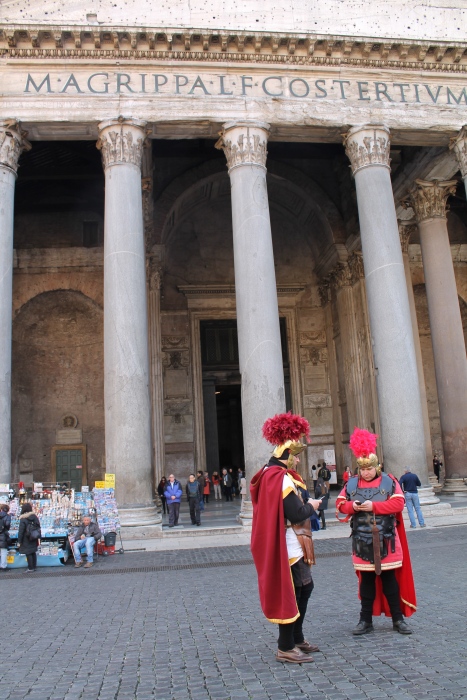 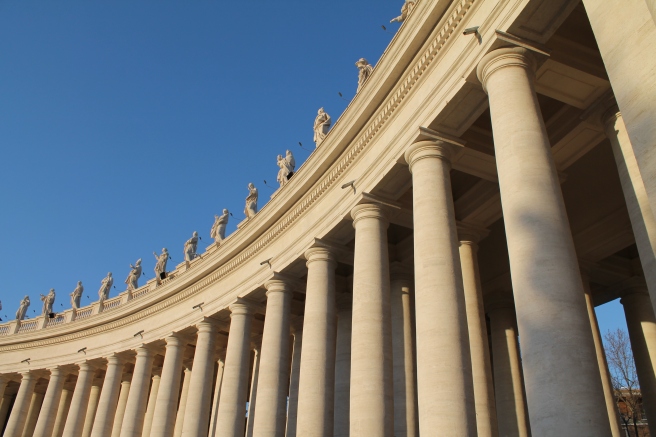 “If you do one thing in Rome, one thing … Forget about Vatican City, all the rest, do one thing: Find a place that is guaranteed by locals to make good cacio e pepe, get yourself a nice jug of wine and eat.” – Anthony Bourdain

Location is everything when you aren’t familiar with a city and it’s even more important if the cost of a half litre of wine is the same as one glass;  having a very good neighbourhood restaurant around the corner from your B & B is therefore priceless.  It is actually the owner of the B & B who recommended the restaurant when I asked where I could have some really nice pasta on my first day in Rome.  That’s when I fell in love – hard – with cacio e pepe,  a favourite pasta of Rome, the sublime combination of al dente pasta, pecorino romano cheese and freshly grated pepper – that’s it.  Oh, but what a taste sensation it makes! 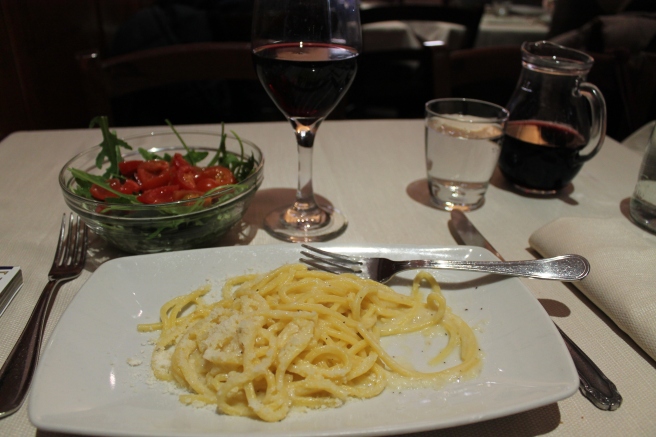 On my third visit to my neighbourhood restaurant for dinner, one of the waiters came up to me and said, in an exasperated voice:  “Tonight, no cacio e pepe!  You have to try something else!”  To which I replied, “Okay, because I already had it for lunch!” (And I had!)

But back to my first day in Rome:  I walked from my B & B to Vatican City which was only a ten minute walk away.  Mid afternoon, there was a long line-up to enter St-Peter’s Basilica because it was Epiphany, 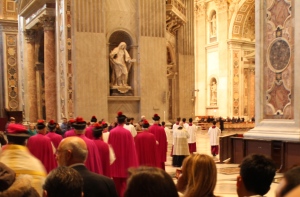 a day when church services take place continuously throughout the day.  I attended one of them, conducted by several men of the cloth in colourful garments who entered the Basilica in a long procession.  The service was accompanied by a beautiful choir made up of men and women. St-Peter’s Basilica is a marvel to behold, imposing but strangely not ostentatious, from Michelangelo’s beautiful statue called La Pieta (the pity) near its entrance to the spectacularly high, golden domed 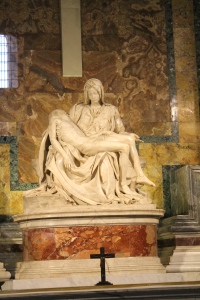 ceilings.  I felt so privileged to be experiencing one of the marvels of the world.  It’s odd how things usually look very different than you imagined them; although I’d seen images of St-Peter’s Square, I was awed by its size and majesty with several three-deep enormous columns curved in a semi-circle with St-Peter’s Basilica at the centre, as though the Basilica itself was sending out a warm embrace to the world.  Adorning the columns are large, carved statues of saints (pictured above). I visited Vatican Museum the following day with a guide.  He was funny and informative.  The Museum captures so much beauty, it is mesmerizing.  In the Sistine Chapel, a room I was thrilled to see and in which no picture-taking is allowed, I observed a black priest as he met with believers and gave them blessings by laying his hand on their foreheads.  Ceilings are spectacular and they keep visitors looking heavenward.  One of my favourites was a trompe l’oeil – an entirely flat painted surface that appears to be carved.  The effect is so real that visitors gasp when the guide explains this. 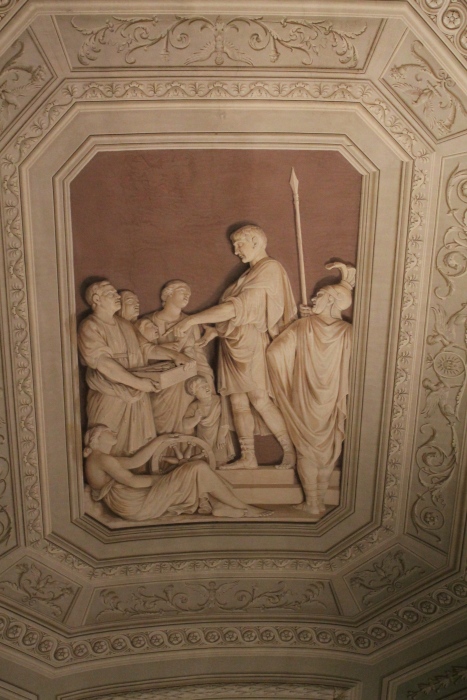 I spent much time in Rome just wandering.  On one of these walks, I came across a 2015 calendar which features an attractive priest for every month.  Just looking at the January pin-up priest might make a believer out of me… 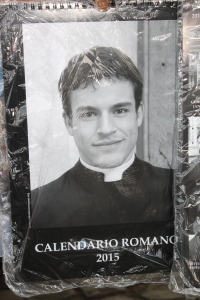 Rome is a very walk friendly city with an ancient statue or obelisk or architectural wonder at every turn.  Beautiful stores abound as do places to enjoy a glass of wine and focaccia or sandwich.  Piazzas are welcome areas where buskers perform, statues astound with their intricate beauty and cafés beckon with the intoxicating smell of great coffee. 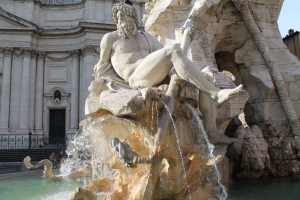 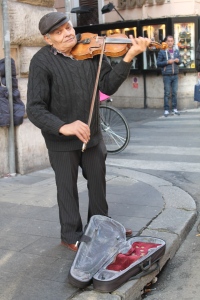 I spent a memorable day visiting the Colosseum and wandering across Palatino Hill where the remnants of ancient Rome can still be seen in the Forum, temples and ruins.  Other highlights included seeing the 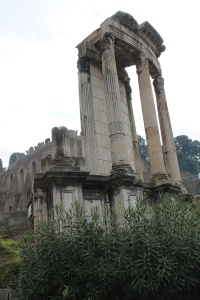 Parthenon and the Trevi Fountain (which is currently being restored so somewhat obscured by scaffolding and bone dry). I enjoyed watching an incredibly talented Michael Jackson imitator perform one evening in Piazza del Popolo.  I also spent a lovely evening watching pinky dusk fall as I sat on the Spanish Steps and listened to a barefoot, apostle-clothed orator rail against the upcoming end of the world while young adults smoked pot.   And if I’m not mistaken, I probably ended the day enjoying a glass of wine or two and a piping hot plate of cacio e pepe. 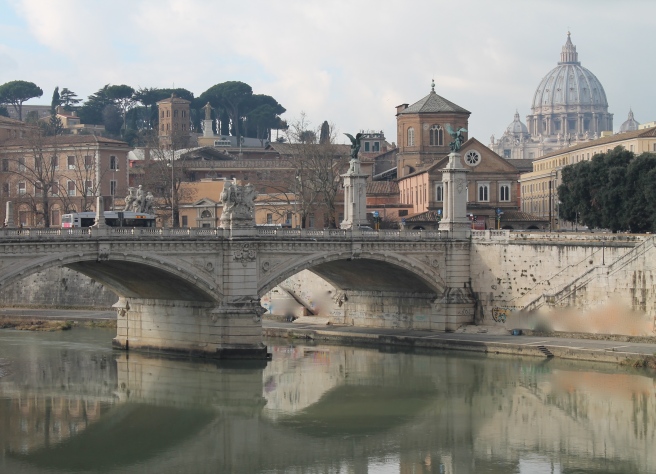